The first Milton Transitional Housing (MTH) forum titled HOUSING... OUR FUTURE was a wonderful exploration from multiple agencies on the need for affordable housing solutions in both Milton and across Canada. There is a clear gap with a 0.5% rental vacancy rate in Milton.

"75% of those affected by homelessness have children under 18" 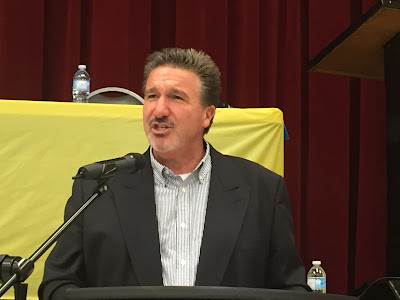 Carney gave a very personal, open, honest account of his journey. He gave multiple examples demonstrating that this is a Canadian wide issue. "Money invested in housing solutions is better", he stated. "You are not alone. Other people are bothered too... Housing matters".

The forum including a distinguished group of panelists that included Alyssa Gremmen Program Manager of the POSSE project, social worker Jason Palmer from MTH, Melissa Hillier Client Services Supervisor at Halton Women's Place described how they had to turn away more than 400 women last year due to lack of capacity, Amber Armstrong Employment Support Worker at Community Living Burlington outlined the special work of Housing Alternatives Network Directive (HAND) supporting those families with developmental needs, and Maureen Andrews from Toronto Regional Police Service where she is Regional Controller for Commande. Andrews reflected;

"Helping one person at a time is really rewarding"

The work of these agencies, including Milton Transitional Housing is making a difference. Four people have now formally graduated from Milton Transitional Housing and achieved independent living. In these four years, MTH has helped 9 adults and 7 children, including those currently in the program. Carney's own perception is that MTH has "been punching above its weight and age".

Blue Sea Philanthropy are the charitable organization, based in Kitchener, behind the Coldest Night of the Year event. The date for the 2016 Coldest Night was also announced - February 20th, 2016. Tell your friends, family and community. 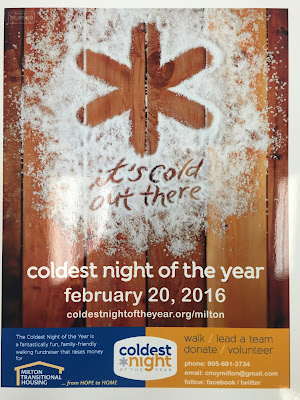 The forum was made possible through the Ontario Trillium Foundation grant. Congratulations to Donna Danielle for an excellent job hosting the speakers and the wider communication team and volunteers on such an important and well run event.

Look out for further coverage in the Milton Canadian Champion. There will also be a Charity Spotlight about Blue Sea Philanthropy on the Opencityinc.com blog in the coming weeks. You can review more from the forum by search #MTHforum2015 on Twitter. According to Hashtracking.com this created 27,000 impressions on Twitter. 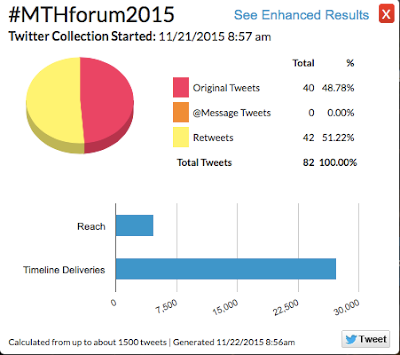 Come out this afternoon in Milton (November 21st 2-5pm) to the Forum on homelessness in our community. The forum is titled Housing ...Our Future.

It is an excellent opportunity to understand the continuum for those at risk of homelessness and the respective roles of soup kitchens, overnight shelters and transitional housing in providing support. 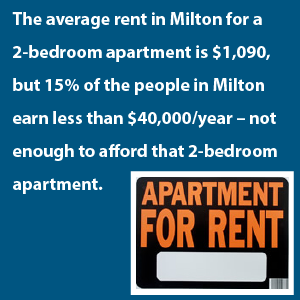 Brian Carney, Executive Director of Blue Sea Philanthropy – organizers of the Coldest Night of the Year walk across Canada – will be the keynote speaker. Following the keynote will be a panel discussion with participation from: one of MTH’s “graduate” clients, Habitat for Humanity, Halton Women’s Place, the Posse Project and several others.

Visit the Milton Transitional Housing Facebook page here for more details. We look forward to welcoming you at this great forum supported by a grant from the Ontario Trillium Foundation. The forum starts at 2pm at the Milton Senior’s Centre Auditorium, 500 Child’s Drive, Milton L9T 5G2 (fully accessible).

Our FASHIONISTA FLIP planned for Nov. 14, 2015 has been postponed due to scheduling conflicts. We will try to host this event in early 2016 instead.

Posted by John Gregory at 11:58 AM No comments:

Charity of the week spotlight

I have begun to do a charity of the week spotlight feature through the blog of my Opencity Inc consulting business. Understandably early on I featured Milton Transitional Housing on Friday.

There will be further exciting weekly charity spotlights coming up and I am inspired by some of the conversations this has stimulated. You can also read more about my recent blog post A new type of social responsibility here.

The recent State of Inbound 2015 report produced by HubSpot identifies that inbound marketing is just as applicable and valued in the non-profit sector as it is B2B or B2C. 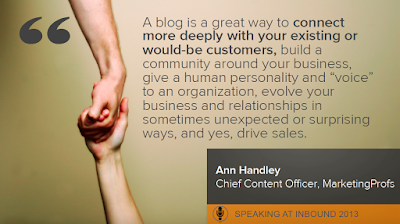 Please donate your gently-used high-end clothing (clean out all of stuff you don’t need or wear) and then come and “shop” for a brand new wardrobe for the coming season. It’s the ultimate in recycling!

Admission will be $10 per person and every item you buy will be $2. You can’t beat that! It raises much-needed funds for the MTH core program of helping local people in housing crisis. To donate clothing and/or to volunteer to help with the event, please contact Donna – 905-699-7433/donna.danielli@miltontransitionalhousing.ca. You can drop off your clothing/ accessories donations at the MTH offices (put them in the meeting room), or at The Vacuum Store, 785 Main St E.
Posted by John Gregory at 11:25 AM No comments: