Ryan Bolton's cover story in the Canadian Champion prompted this blog, which has now amassed over 32,000 views from 374 posts.

Toronto writer and photographer, Ryan Bolton, and I have just made contact for the first time.

"Let me just start with: thank you.
I used to always say that the reason I write, the reason I tell stories, is that if one person reads something I penned and questions society, questions ideology, or starts a conversation about a topic, I've done my job.
And eight years removed, you just showcased this. On a story I hold near and dear, nonetheless." 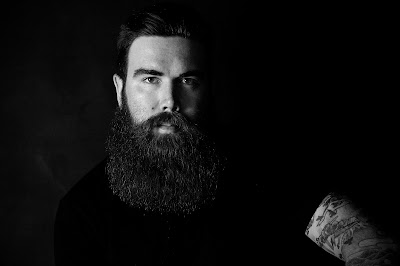 Expect us to explore the background to this original article much more. At the time, Bolton was an intern at the Burlington Post back in 2008. Through his own investigation he started to uncover that members of the communities affected by a housing crises were being pushed out of affluent Milton, Burlington and Oakville into Hamilton or Toronto.

Bolton was struck by the fact that in Halton, with almost half a million people, there weren't any resources.


"In an affluent community that has money to spend, they wouldn't on those from poor socio-economic backgrounds."

It was the September 12, 2008 Champion story written by Bolton that stimulated us to act. There were many challenges and dead-ends in the first few years. We persisted. There is comfort that now 5 individuals or families have graduated from the resulting Milton Transitional Housing program.


"No matter what people tell you, words and ideas can change the world"

Posted by John Gregory at 12:08 PM No comments:

"Homelessness on the rise"

This was the headline on the September 12, 2008 Milton Canadian Champion which stimulated both this blog and ultimately what became Milton Transitional Housing.


The Champion has graciously provided us permission to include that defining front page on our new website. Their current editor, Catherine O'Hara and I met this morning to chat about this journey. 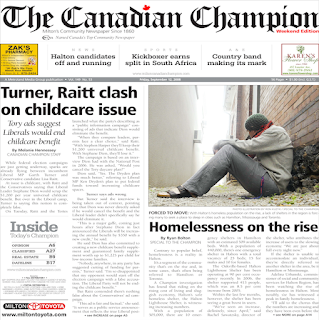 It is a thrill for all of us involved to see the charity expand to help those at risk of homelessness in our community. The need is real and growing. You are enabling us to make a difference. It has had a profound effect on those people supported through the program.

The new Milton Transitional Housing website is anticipated at the end of June.  It will explore the story of how MTH came about, including the strong sustained support of the Champion.